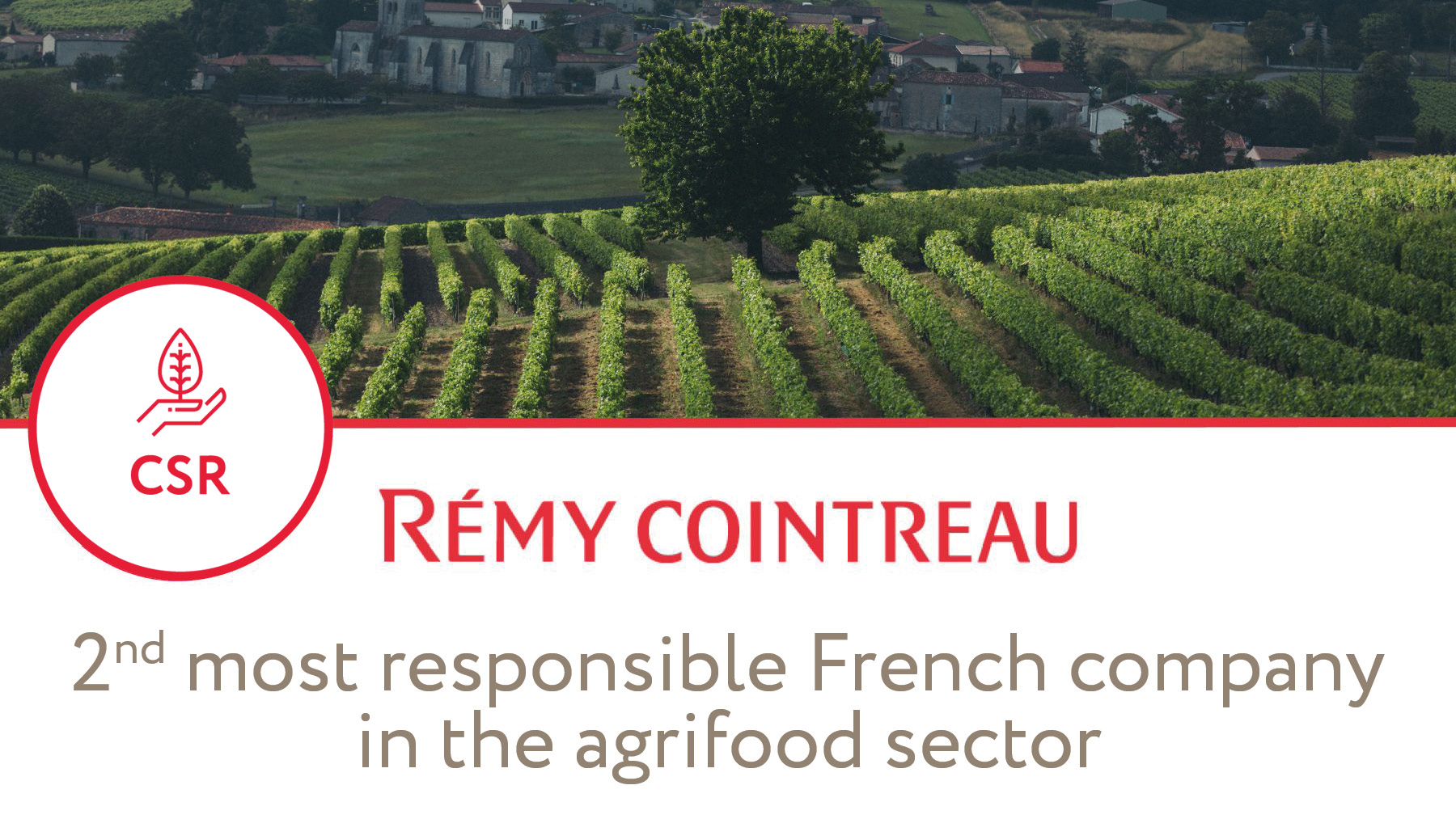 For the 2nd year in a row, Rémy Cointreau is on the podium of the most responsible French companies in the Food & Beverage sector, according to a study published by French magazine Le Point in partnership with Statista, an independent institute. Ranked number 2 on theoverall list, the Group is by far number 1 on the Environment criterion.

This amazing result confirms our commitment and is a great reward for our teams, who are resolutely committed to “The Sustainable Exception”, dear to Rémy Cointreau.

The methodology defined by Le Point:
The most responsible companies in France were selected on the basis of publicly available performance indicators, derived, among other things, from CSR reports. An independent online survey of 5,000 French citizens was also carried out, making it possible to complete the analysis of performance indicators. Companies were thus examined in three different areas: environmental, social and corporate governance.