This June, throughout World Ocean’s Month, Mount Gay will commit $5 for every bottle and $1 for every cocktail sold (US residents only), up to the value of $100,000 to 4ocean’s Pound + Program. This contribution will directly fund the removal of tens of thousands of pounds of trash from the ocean using 4ocean’s full-time, professional cleanup crew members around the world.

Mount Gay aims to support the world’s oceans that have shaped its history, its rums, and that are so important to the sailing community – today, Mount Gay is the proud sponsor of over 60 regattas around the USA. The brand has a mutifaceted sustainability program across environmental, agricultural, and community initiatives, with the goal to be employing 100% sustainable agriculture by 2025. In addition to its own initiatives on the island of Barbados, Mount Gay is partnering with 4ocean in support of their mission to clean the world’s oceans and coastlines and put an end to the ocean plastic crisis. Throughout 2021, we will be working to drive revenue to support their ocean clean up endeavors; supporting their important beach clean efforts; and educating our own community of Mount Gay team-members, bartenders, and drinkers on how to both ‘think sustainably and drink sustainably’.

4ocean is a purpose-driven business with a mission to end the ocean plastic crisis. As a Certified B Corp and public benefit Corporation, 4ocean was founded on the belief that buisness can be force for good and that the actions of individual people, collectively, have the power to change the world. To date, their full-time professional cleanup crew members have recovered over 13 million pounds of trash. To learn more about their impact or pull a pound of trash yourself, visit 4ocean.com. 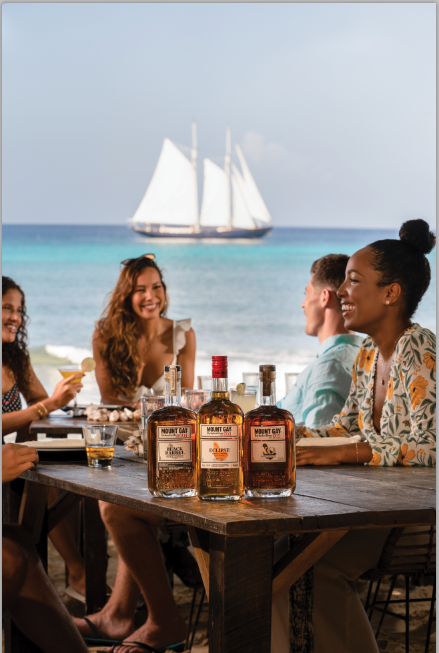