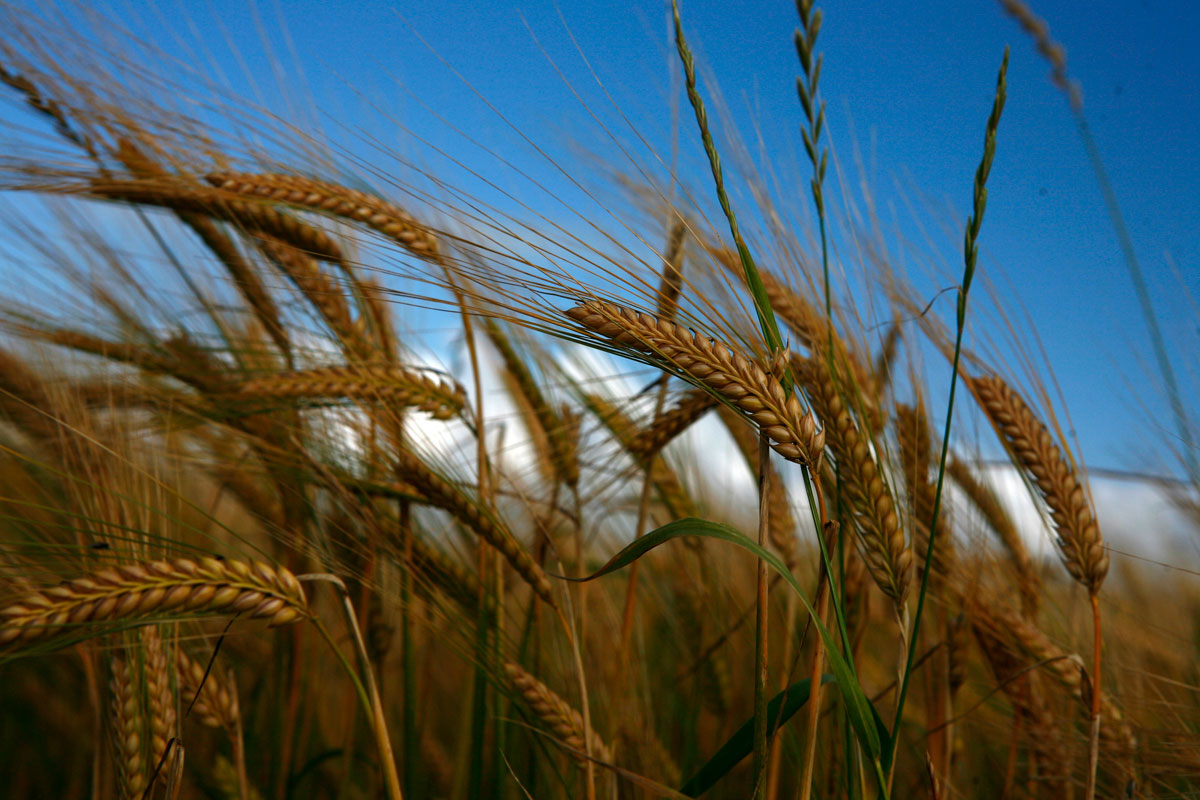 Rémy Cointreau’s CSR ambitions are structured around 10 Sustainable Development Goal’s (SDGs) as defined by the UN.

Every Rémy Cointreau product is the expression of its terroir: the unique soils, climate, and biodiversity of a region. We are determined to protect the uniqueness of our terroirs against the threat of climate change, so that the skills and traditions built up over generations to make exceptional champagnes and spirits for our clients can be perpetuated.

To achieve that, we want to be a pioneer in the agroecological transformation of our territories, working alongside our local communities to promote regenerative agriculture practices. Healthy soils, with flourishing biodiversity are more resilient and can act as powerful carbon sinks: our soils can be part of the solution in the fight against climate change.

In Cognac, the Rémy Martin Domaines were certified “Agriculture Raisonnée” (“Sustainable Agriculture”) as early as 2007.
In 2012, they were the very first in France to obtain the level 3 High Environmental Agriculture Value (AHVE) certification, granted by the Ministry of Agriculture, which is part of a global approach to agriculture: practice of the trade, taking into account the vine’s environment, weather conditions, topography of the land, humidity and hydrography. The House of Rémy Martin aspires to disseminate these sound practices more widely, to ensure their implementation, to assess the latter and to make its cooperative, the Alliance Fine Champagne (AFC), a driving force in this inter-professional momentum.
To achieve this, the House organises meetings to encourage the cooperative winegrowers of the Alliance Fine Champagne to commit to High Environmental Value (HVE) agriculture and to boost the development of a sustainable Cognac sector. These information meetings strengthen the privileged link with the delegates of the cooperative, professional distillers and the region’s winegrowers. Winegrowers have the opportunity to discuss their environmental practices and the optimisation of the quality of their eaux-de-vie (particularly in the context of global warming).
Most of the farms that are members of the AFC are already fully committed to the approach: 99% of the area cultivated by the House’s partners are already involved in the process
(level 1 of the AHVE certification) and 48% are certified AHVE level 3, the highest certification level.

In Barbados, Rémy Cointreau includes the preservation of natural resources in all of its activities. Mount Gay contributes to restoring the original know-how of sugar cane cultivation. While ensuring better control of raw materials, the work undertaken by the group on rediscovering the local specificities of sugar cane is enhancing collective awareness. Following the acquisition of the Mount Gay distillery, the group acquired, in 2018, 134 hectares of land for sugar cane production: it continues to experiment with new organic and permaculture farming methods under the guidance of global soil cultivation specialists.

In order to assess the environmental commitment of orange suppliers, Cointreau has published its own internal “Sustainable Agriculture” (Agriculture durable) standard, based on the French HVE standard. An initial audit was carried out at one of our main suppliers and confirmed a real commitment to sustainable agriculture, which was supplemented by a progress plan.

In Ghana, all orange plantations that are partners of the group are already certified “Organic Agriculture” (Agriculture Biologique).
This action is part of the “Orange & Terroir” project launched this year. This project is based on four main aspects:

On the latter point, the GLOBAL G.A.P. standard, in its Fruit and Vegetables Certification section, could be used. Eventually, all oranges used in the production of Cointreau liqueur will have to come from sustainable sources.

Maintain the uniqueness of the terroirs and biodiversity

The actions of our teams in Islay, Scotland (PHD: Progressive Hebridean Distillers, which includes the Bruichladdich, Port Charlotte, Octomore and The Botanist brands) contribute to reveal the potential of their terroir. The re-establishment of various traditional varieties of barley and the preservation of Bere Barley are among the company’s assets, which also sources barley produced on the banks of the Moray Firth in north-east Scotland. This barley is organically grown and cultivated in a five-crop rotation system in order to maintain the fertility of the soil.

In 2019, 12 hectares of land were acquired by PHD in order to develop research programmes on sustainable farming practices. These plots of land will also be used to test different varieties of barley.

A “Croft Summit”, also involving representatives of the Hautes Glaces Domaine and Westland, was held at the end of 2018 in Islay in order to discuss various ways of cultivating the acquired plots of land in the most responsible way possible.
The Bruichladdich distillery has been certified this year in accordance with the EU legislation on organic production and labelling of organic products (Council Regulations EC No. 834/2007 and EC No. 889/2008).

In France, forest cover contributes to the protection of biodiversity by safeguarding natural habitats. For nearly ten years, Rémy Martin has been committed to forest preservation in France through a sponsorship operation in partnership with the French National Forestry Office (Office National des Forêts – ONF). Rémy Cointreau has participated in the replanting of more than 115,000 oak seedlings.
After participating in the creation of a “Biodiversity” forest trail in the Braconne forest near Angoulême, Rémy Martin took part in a sponsorship operation to ensure the future of the Moulières state-owned forest in the Vienne region: the project enabled forest renewal with the replanting of a dozen hectares of oak trees that are more resistant to drought.
This year, the group financed two sponsorship operations to develop pedunculate oak. A first project entitled “Renaissance” aims to create a network of planting islands to find out how the pedunculate oak in Poitou-Charentes adapts to climate change. The second project involves planting pedunculate oaks in the Monnaie state forest (Maine-et-Loire region) in order to enhance and preserve this oak species in this forest.
Particular emphasis will be placed in the coming years on developing the pedunculate oak, which is typical of the production of Rémy Martin cognacs.

Rémy Martin has also renewed its partnership with the “Un toit pour les abeilles” association this year, dedicated to bee protection. Ten beehives are set up in the Charente region, in an area where truffle oaks are grown, with 40 hectares of flowers around them. This makes it possible to produce pure honey, which is distributed to all employees in France. Each jar is supplied with an educational leaflet on the importance of protecting bees.
The Rémy Martin Domaines, in partnership with the Chamber of Agriculture of the Charente region, are using green manure seeds to naturally fertilise the vine soils and thus promote biodiversity. Ecological corridors have been set up on the Domaines’ plots of land, allowing fauna, insects and flora to reintegrate into the environment. The preservation of landscaped hedges and flowering fallow crops also help to stimulate the return and activity of bees, which are essential to the proper functioning of natural ecosystems.

In Scotland, The Botanist Foundation’s main mission is to work with the island’s inhabitants. The aim is to improve the understanding and conservation of local botanical diversity.
Species conservation is a vital part of the future of The Botanist, the Island of Islay’s one and only gin. A total of twenty-two plants are harvested for distillation.
Ensuring that the island’s plants are harvested in a sustainable and responsible way extends the group’s efforts across Scotland, reinforces the coherence of its policy and fully participates in the preservation of local biodiversity.

In the United States, Westland pays particular attention to the different varieties of oak trees. The company uses an atypical variety of oak, Quercus garryana, for the aging process of its whiskeys. These oaks are essential to Westland’s uniqueness and are exclusively sourced from local forests. In the last two years, 600 Quercus garryana have been planted with the ambition to reintroduce a further 2,000 within 5 years.

Innovate to preserve the essence of the terroirs

The Domaine des Hautes Glaces has chosen to develop and present to the world products stemming from a local development project, where farmers are committed partners. The group’s young brand proudly displays its connection to the land, encouraging for example crop rotation for better soil life and new balances based on agro-economics. The brand is developing a “climate range” with local farmers to develop new organic barley, rye, spelt, oats and triticale crops. The creation of this new rural whisky chain offers a new vision for the territory and its development, and sustainable outlets for the conversion of farms to organic farming.

The group is exploring and reviving centuries-old expertise, far from standards and stereotypes. Right up to the still, built by a neighbouring boilermaker and heated by a wood pellet burner. The Domaine des Hautes Glaces thus highlights the reality of soils, climates and spaces.
Moreover, as of this year, the Domaine des Hautes Glaces distillery is certified in accordance with EU legislation on organic production and labelling of organic products (Council Regulations EC No. 834/2007 and EC No. 889/2008).